Everything is blurry, come on, focus. Blink. Blink again. Why can’t I see clearly? Wait. This room and contents are unfamiliar. Where am I?

Why can’t I recall last night or any night? It’s like the memories are there, but so far away that I can’t access them. Okay, time to get out of bed and figure this out. I can do this. Just roll to the side and grab the edge. Why do I have to make such a conscious effort to do things that are simple?

My heart beat is quickening, wow…I can feel it pounding in my chest…something is wrong. Very wrong. Okay, calm that panic welling from somewhere deep within, stand up! Whoa…don’t let go, need to hold something so I don’t fall down. I’m swaying back-n-forth if I let go. What is going on?

Door. Two steps…lean against the wall, I got this.

Door is ajar, thank God! Need to walk out..but walking is just impossible. My legs aren’t working because I’m stumbling. It’s like they belong to someone else.

JUST MOVE!  Okay, I’m inching along.  Oh, the world is tilting around me and zooming out and in.  It’s making me dizzy. Close your eyes!  Ouch! Okay, I’ve fallen on my knees on hard ground.  Stop thinking about how much it hurts.  oh, it really does – did I break something?

Remember details.  Is that cobblestone? Everything is distorted, like Alice in Wonderland. I’m in an outdoor hallway. No, is this an Alley way? The end of the tunnel looks so far away, is it really that far? Can I get there before danger gets me?

I haven’t been sleeping well.

However, I don’t think that’s all the case, because I’m still on the young side for that.  I think our new home’s heating vents are poorly placed.  And with colder weather, we try to keep our temp around 67, while sleeping…so when the kids get up to shower for school, it isn’t too freezing in the bathrooms / bedrooms.

However, this means…with the recent colder nights, the heater constantly pops on during the evening, and being upstairs, and wrapped in blankets…it can feel warmer than 67.  Now…add in the way the builder designed our master bedroom, where the bed was really meant to only go against this one wall, that has strategically placed electrical outlets for lamps on nightstands.  So our bed went there…except the vent is directly above my face.  Even trying to manipulate the vent, I still get too hot!  And we are in the high desert…it’s BONE DRY…so the cold air / and then heat…I wake often with dry throat/nose, and drink tons of water…which results in frequent bathroom visits and saline nose sprays.

So…I end up flopping around the entire night…not to mention, I injured my left shoulder.  (that’s a story for another post) and it hurts to move it a certain way, so that makes turning over in bed, well, quite bouncy and with much effort that it wakes my hubby.

Recently, in the loft area, we bought this pretty cool “futon like” mini couch.  It’s faux “hard” leather, and easy to pop down the back.  It’s fits my height perfectly.  So, around 1 AM last night, I attempted to sleep on that.  Wait here’s some pics – this thing is pretty awesome.  Only $120 something at Walmart!

…Yes, no air vent was directly in my face, but the loft vent is a HUGE square, and has a filter…but the filter is too small for the cavity.  So you hear the heat turning on, and then a loud, WHOOOSH of air flow, that lifts the air filter and when it turns off, there’s a huge FLAP noise of the air filter settling back down.  I figured I was tired enough, 2 weeks of no true sleep, that I could ignore it.

Except, I just couldn’t get comfortable on this futon.  It’s firm, and nice…and I didn’t recall it having a hard middle, where it folds.  In fact, it’s soft…this furniture is quite perfect for our needs. Yet…something was not working.

Well…mystery solved…Just a moment ago, I discovered, the hard item was a marble in the middle, that my hip was laying on.  I was going through some kids’ items on that couch earlier in the day and didn’t realize one lone marble was with all the stationery items that I was organizing.  When I tossed all things on the floor, in the middle of the night, I had missed that.

This learning to drive thing doesn’t seem so difficult. One sits in the seat behind the “spinny-thingy”, okay, I gave that a tap. Not very interesting, moving on – Oh, wait a minute. Now we insert sparkly, jingle-jangy thingys into that hole. You got my attention now, and I so desperately want to give those a smack too, making them wind chime some more, and… WHAT’S THIS? … the sun creates bouncing reflections on the surrounding parts of the car! Don’t worry, Driver person… I can get ’em! A scamper and a pounce outta do it, and I’ll capture those wild moving things! I almost got it, driver person! Wait, it moved it again…

…oh, wait, hold on… what’s that swinging thingy from the rear view mirror? And who is that handsome devil staring at me? MeOWwww. (purrrr) This driving activity is FUN!

For those that enjoy challenges, and if you like music… you might have some fun with this.  It’s called Manic Monday.  Welcome to the 10th installment!

Each week, I’ll present a new song title, and you come up with a post using it by next Sunday. Ping back to this post, so others can read!  Often times, I release the title the weekend prior so you have plenty of time!

If you are not a WordPress user, provide link to your post in comments.

It can be fiction/non-fiction, poetry, subject can be dark, serious or humorous – however many characters you want- just have fun with it!  It doesn’t have to pertain to the song, whatsoever. (click here for past song titles)

The rules are…there are no Rules!  (except using the title of the song part)

We are now working our way through the Alphabet of artists/bands. We’re on letter C, and it reminded me of the C+C Music Factory. This song “Things that make you go Hmmm,”  was greatly played on the radio during my young adult days, and the music video was fun.  It still makes me laugh, and I love the design of it,  the people + drawings, like chalk.  It was released in 1991, and and got its idea from the Arsenial Hall show, one of his regular skits!  Who remembers that late night show?  I enjoyed it on occasion.  More info on

Use that song title anywhere in your blog post, ping back this post! (visit others that posted, if you want) If you need more inspiration, you can Click here for lyrics

P.S.  Give me a few minutes to approve your PING to avoid spam.  Only comment with a link to your post (if not wordpress user) – minimizing comments ensures we can easily see all the posts.

Don’t you love when people invite themselves over and expect you to be gracious about  it?  That’s how I felt when my husband’s step-sister announced:

“Hey, so now that you’ve officially moved here, Thanksgiving at your house!”

Wait.  What?  Our house wasn’t even built yet and it was only end of August,  and was expected to be done around October.  Far too close to have us think about having people over…especially for a holiday celebration.

Her mom immediately seconded that announcement, as she was too old and tired to have at her home anymore.  Which I internally laughed, because the only person going to their house, was her daughter…that lived with her for a while.  It’s her own children that drain her and unable to care for themselves as adults  in their 40’s and 30’s.  And they have no kids.

It doesn’t matter that now that we are in the new house, we are still trying to have warranty items fixed, and trying to get boxes unloaded, etc.  We’re the big jerks if we don’t respond with “oh, sure, that would be great!”

So I’ve been running around, like a chicken-with-its-head-cut-off (ha!) trying to get boxes emptied, our living room / kitchen area somewhat nice – all I gotta warn is – don’t go to the 2nd floor.  I need a post like this at the foot of our stairs. 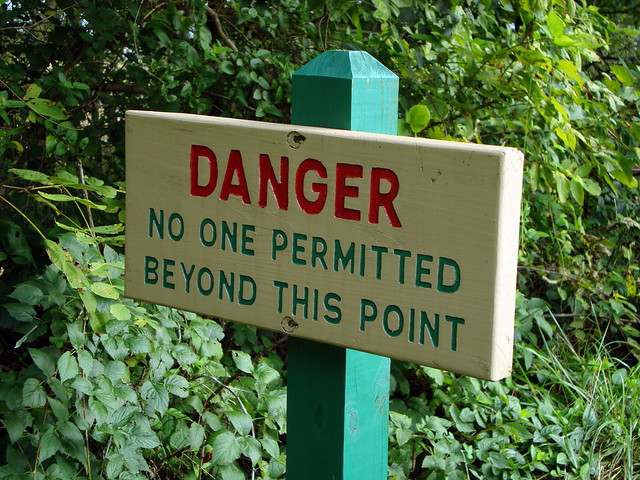 Needless to say, I will be stressed out… It’s only 4 guests, but when you really don’t cook...and your hyper-critical, step-mother-in-law, is coming… my husband is going to save the day by taking responsibility for the turkey.  We don’t even like turkey.  Normally, my hubby would do prime rib or some kind of other meat.  Now, his dad is coming and traditional.  And all I keep seeing in my minds-eye…

a video playing of I LOVE LUCY moments and like that  movie, Rat Race, where Cuba Gooding Jr. is pretending to be a bus driver taking a bunch of “Lucys” to the I LOVE Lucy convention…and they blow a flat and lose the spare tire, and everyone whines…and the Asian Lucy yells out – “You ruined our whole vacation.”  But instead it will be “You ruined Thanksgiving!”

“So I’m thinking about pie…and I really think you should get it before Thanksgiving…so we have it for 3 days…you know like that formula of PI
3.something-something… Means 3 days of PIE! “

So, who’s up for that logic?

This just happened last night, and reminded me so much of when my son was just toddling, and talking, not forming complete sentences yet…and after his first taste of pie (thanks to grandma)  Whenever he’d hear the word… He’d come wobble walking, as quick as his chubby little legs would carry him, calling out in earnest…

And would pat my leg for a delicious bite, and he’d wiggle his body a bit, back and forth as he chewed… and sometimes would lose his balance and fall on his diapered bottom.  But he’d pop back up for more!

A series of post leading up to Thanksgiving day…

I’m sorry, but I seriously can’t wrap my head how anyone can spend a ton of $$ on art. I find it absurd this 450 million! I don’t care WHO painted the thing…paintings like this should be donated to museums and that money the buyer just spent….should go toward feeding the hungry, or providing shelter for the homeless. I just don’t get it. (unless this auction was for the benefit of the needy – I couldn’t see anywhere in the article indicating this.)

Seriously, if I selfishly, really desired this painting, I would want to remain anonymous out of embarrassment for spending that kind of money when I could have started a foundation to support a worthy cause, or two…or three or four…and still support other existing foundations.